If you’ve been keeping up with our Journal, you probably already know that we get to photograph some of the most amazing locations around Indianapolis and all over the Midwest. From the Soldiers and Sailors Monument downtown, to traveling in Chicago and Europe. Now we have another space to add to the list: The Cincinnati Reds Hall of Fame!

The client that first got us hooked on this job is Patcraft, a flooring company and long-time client of ours. Last year we got to capture Patcraft’s work at a new hospital facility and featured it on our Journal. This year’s job is unique because we weren’t working for Patcraft alone, we were also collaborating with the Hall of Fame and the interior design firm, FRCH Nelson. Three clients on one job but there are never too many cooks in the kitchen!

FRCH Nelson is a corporate interior design company with headquarters in Cincinnati Ohio, but with locations in other big cities like New York and Los Angeles. They have some impressive work under their belt and have collaborated with companies such as Hershey’s, Harley Davidson, and Hilton Hotels. FRCH Nelson provides design as well as graphic design and master planning services to companies in retail, hospitality, and corporate spaces. 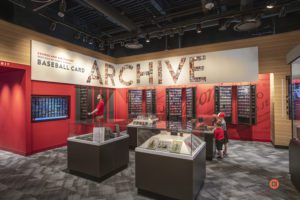 Luckily, the three companies had a lot in common for what they needed out of these images. The number of shots were very similar and of course, we were shooting the same space. The slight difference was that The Reds and FRCH Nelson wanted people featured in their shots while Patcraft did not. Since Patcraft is a flooring company, we also knew we needed a slightly lower angle to bring out the significance of the floors and make them the first thing a viewer sees.

What made this job different from most jobs we do was trying to schedule all that we needed to get done. We needed to work around home games, special events, and tours given to school kids on field trips. We changed up our normal day and made this an evening shoot to accommodate the various uses of the space and be most efficient with our time. We started at 2:30 in the afternoon and didn’t mind if the sun went down while we were still hard at work.

We’ve collaborated with multiple invested clients on a single job before, and there is something great about seeing all the different industries that work on a project coming together when the end product is right before your eyes. There was so much more of the city that we could have seen while we were there, so we hope to shoot somewhere along that beautiful Cincinnati riverfront again sometime! 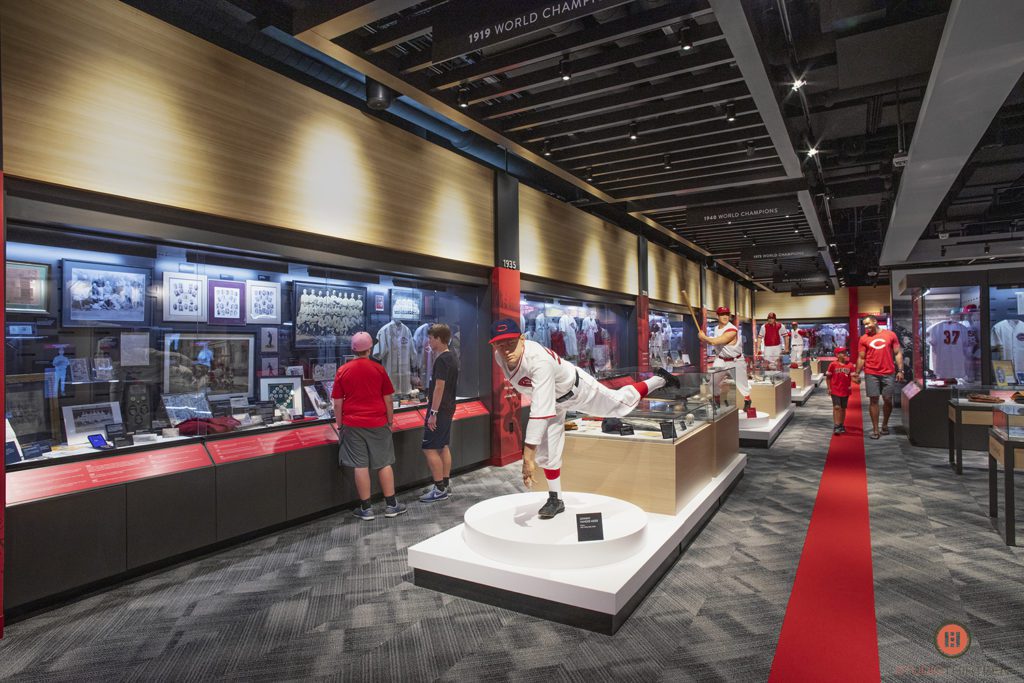