The year was 1989. I was a freshman in college. One day, I bounced into my parents’ photography business and found myself toe to toe with a remarkable woman. Wearing a pink and grey suit, she was short in stature but big in personality. She shook my hand firmly and I was immediately intimidated.

My mother introduced us: “Lesle, this is Tena Vetor. She is interviewing for a position with the studio.”

We exchanged pleasantries for a moment, then I bounded through seeing everyone else at the studio, grabbing what I came home to get, and jetting back to Butler’s campus. In the back of my mind, I wondered: “Did she get the job?”

And four generations of my family were changed that day.

First, there was Mom. Tena and Mom hit it off right away. You see, my mother had a wonderful habit of having an after-work drink down by the summerhouse on the grounds of the studio. It wasn’t long before Tena joined her. Oh, not to drink, just to talk. Tena loved talking more than anything else. The two of them would spend hours poring over the state of the world or anything else they felt like chatting about. They called it “pontificating;” I call it two souls who found common ground in conversation and friendship in each other.

Then, there was me. I came into the business in the Fall of 1991, and I was a “drifter.” When I started, they didn’t really have a place for me at the studio. I floated around the business learning what I could, with the goal always being that I would take over someday. Who knew that “someday” would come as soon as January of 1992? My stepfather suffered a stroke, leaving me in charge before I had the skills necessary to run the entire business. Tena convinced me I could do it. That was her thing: number one cheerleader. She had years of experience in the field and walked me through what I needed to know. She spent countless hours in the studio with me–I would practice, she would run film. It sucked. I would shoot it again, she would process the film again, and it sucked a little less. Over and over, until one day it was finally good.

Tena went from convincing me I could to it to convincing clients that I could do it. That woman could win an argument–or at least defend her position–better than anyone I’ve ever known. I can say with confidence that she is the reason my business “Rolodex” is as big as it is. 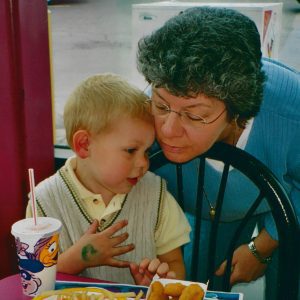 Then, it was my children. Nothing prepared me for the fervent love she would have for my children. Although she was initially not thrilled that I would interrupt our big, important business plans with offspring, once they were born there was no looking back. She went from being my biggest fan, to being my family’s biggest fan. Never missing a performance, holiday, party, or graduation. She was, quite literally, always there.

And my children loved her back like a grandmother. Overnights at Nana’s (what they named her) included jumping on the beds, doughnuts for breakfast, candy jars that stayed full, laughter, made-up stories about children being born in the cabbage patch, and so much more. My children loved her so much that when my first grandchild was due, she was destined to be Charlotte Evelyn–named after Tena’s mom, Evalyn.

The impact Tena had on my entire family cannot be understated. 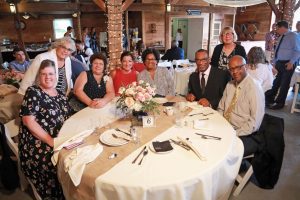 As I write this, I am nearing 8 weeks since I lost her, and I still cannot figure out how to start posting on the business side of social media. How do I move forward without this part of my business? How do I continue on without dishonoring her?

Then I realized: my biggest fan always believed in me.

Because of her, I have the skills I have today. Because of her, I have long-term clients and a thriving business. No matter how hard the ups and downs of running a business were, she never let me give up. Everything this business has today, she had her hand in. She would be pretty ticked off if I screwed it up now. 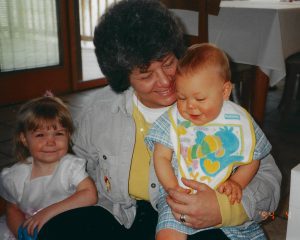 In order to protect her legacy of love and loyalty, I must press on.

Here’s to you, Tena Vetor.

Thank you for everything.